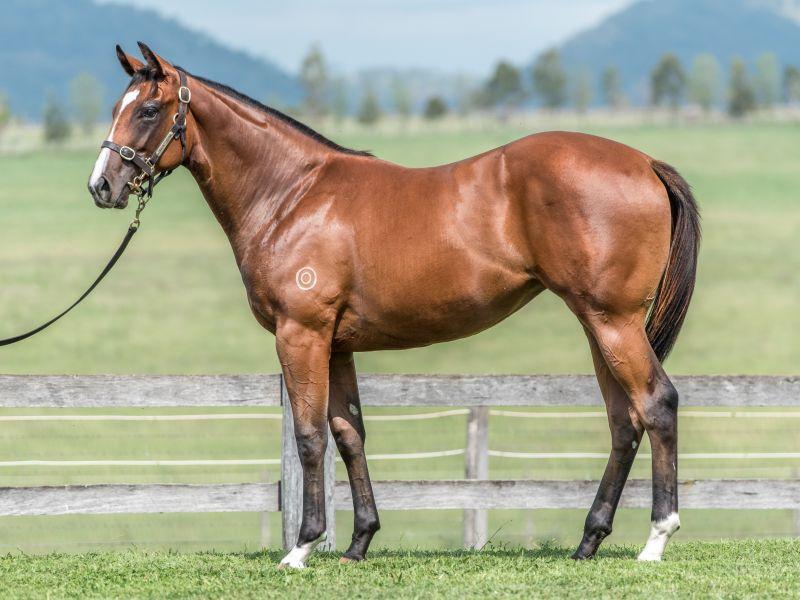 We are very excited to have put together two superb yearlings on offer for syndication from THE INGIS CLASSIC SALE in Sydney February 2016 and we are now looking for interested owners to come on board with Danny Williams Racing.

The ﬁrst of our yearlings to offer is from the Inglis Classic Sale, Lot 27 a ﬁlly by FOXWEDGE (see below) This ﬁlly is out of ITHINKSO a mare by the all conquering ANABAA sire of GOLDIKOV A winner of $7,176,551 and dam sire of the all mighty TREVE Prix de L’Arc de Triomphe 2013 & 2014.
Ithinkso has a two year old Currently in work with Noel Mayﬁeld-Smith, who has high expectations of MUSE and said he is a few weeks off trialling.
ITHINKSO is a half sister to SPINNING HILL, herself a winner of 14 races including three Group1s, the VRC Lightning Stakes and two renewals of the MVRC Manikato Stakes, and a second placegetter in another attempt at the Lightning Stakes and also in the Doomben 10,000, continues the Tait’s celebrated Dark Jewel family, dam of 11 foals produced eight winners, including successful G1 runners Baguette (15 wins; by Rego), Heirloom (9; Rego) and Cabochon (15; Edmundo), and G2 winner Birthright (8; Rego) and multiple Listed winner Betelgeuse (13; Wilkes).

This ﬁlly really caught my eye. She has a huge girth and shoulder with a great attitude. When walking she oozes confidence and puts herself there.

“THIS FILLY I JUST HAD TO HAVE” DANNY WILLIAMS

We will be selling shares in this exciting filly at $4180.00 for 5% and $8360.00 10% shares this includes breaking-in and educating to 01/06/2016, transport costs, vaccinations, dentistry, worming, shoeing and farrier costs, insurance, Inglis Race Series Nomination, Entry into the Golden Slipper and Blue Diamond Stakes, All up to June 1st 2016.

Includes: Full Owner Priveleges and your name in the racebook.

Mandy and I are so impressed with her we have taken 20%!

Note: this ﬁlly has had minor surgery to remove a Cyst (vet Report on request).

Currently running second with RUNNERS to WINNERS and third on prize money won per starter as the current ﬁrst season SIRES LIST.

* $925,000 Inglis Easter Yearling
* Group 1 Winning Sprinter by Champion Sire FASTNET ROCK
* A Sprinter with a Very Rare turn of foot producing Intense Speed
* The HIGHEST TIMEFORM RATED COLT by his sire FASTNET ROCK
* He Rated HIGHER as a 3yo Sprinter than his own sire
FASTNET ROCK
* Timeform Rated 128 – the same as Starspangledbanner 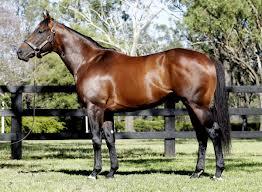 * From his ﬁrst season FOXWEDGE already has winners hitting the track including the smart NZ ﬁlly PLATINUM DIVA and Australian winners Fox Tales, Kentucky Miss and Love
Me Baby

FASTNET ROCK’S HIGHEST RATED SON
2015 Service Fee – $27,500 inc GST
A leading ﬁrst crop sire with 4 winners to date – Kentucky Miss, Fox Tales, Love Me Baby and Platinum Diva
Sire of stakes-placed Aghna, who placed behind leading 2YO Capitalist
Foxwedge defeated Australia’s top class sprinters Hay List and Buffering in the Group 1 William Reid Stakes
Foxwedge’s ﬁrst crop of yearlings have impressed the country’s best judges, and his cubs have made their way into every single one of Australia’s leading stables
2015 yearlings include $560,000 and $440,000 ﬁllies; and $425,000 and $420,000 colts

Please contact me on 0408 650 673 at anytime to discuss.
Both these yearlings are a very affordable option to get into a nice racehorse!

BE PART OF DANNY WILLIAMS SUCCESS 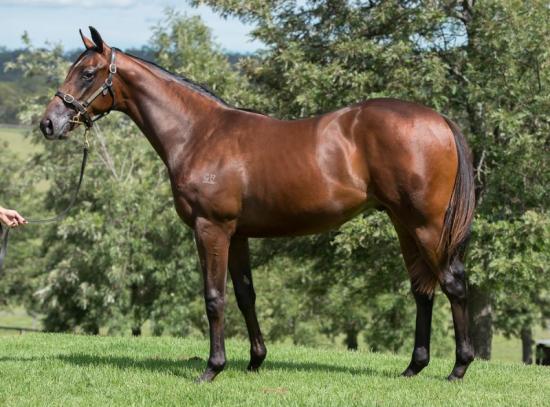 35% OF THIS COLT HAS ALREADY BEEN SOLD!

‘I FOUND HIM A GREAT WALKER WITH A BIG OVER STRIDE AND LOVED HIS LOOSE SWAYING HIPS. CONFORMATIONAL HE HAD A SLIGHT TURNED OUT OFF FORE LEG AT THE PASTERN WHICH I DO NOT EXPECT TO BE OF ANY CONCERN ONCE DEVELOPED. ALL X-RAYS WERE PERFECT!’

The second of our yearlings on offer – Lot 539. An Impeccably bred colt by hot young sire NICCONI (see below) from stakes placed mare FAMILIAL. FAMILIAL ran 3 times in her short career winning at Moonee Valley at her ﬁrst start before spelling and returning to win a barrier trial before running 3rd in the ﬁllies Blue Diamond Preview LR beaten only 0.2 of a length in 57.14 over 1000 metres. Before her G1 Blue Diamond Stakes start FAMILIAL won a barrier trial by 12.5 lengths which saw her start at 9-1 in the group 1 event. Costing $300,000 as a yearling she certainly lived up to the expectations her expensive prize tag showed in her early starts which saw her ﬂy on the race track.

His dam is by leading broodmare sire ENCOSTA DE LAGO who is currently leading the brood mare sires chart for winners to runners and third with total prize money earned. His second dam COUSINS is by all conquering DANEHILL and is the dam of stakes winner RELATED winning the Hawkesbury Guineas LR and a half sister to the dam of NO EVIDENCE NEEDED a winner of over $639,755 in prize money including the G2 Let’s Elope at Flemington, ATC G3 Southern Cross Stakes and placed in 2 G1 races among other Group performing runs 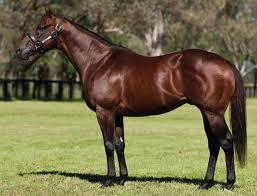 This colt has a cross of NORTHERN DANCER x 4 times in his family with many good performing horses in the pedigree. Our newly purchased NICCONI colt is great buying!
NICCONI HAS HAD 62 INDIVIDUAL WINNERS THIS SEASON ALONE!

Each share price includes all transport, breaking-in and education, vaccinations, insurance, teeth, worming and shoeing.
Feature Race entries for two year old races; Golden Slipper and Blue Diamond Stakes.
He is currently spelling in Scone before returning to us for breaking.

Both yearlings are Eligible for BOBS scheme – payment due in September
Shares are going quickly!

Please contact me on 0408 650 673 at anytime to discuss.
Both these yearlings are a very affordable option to get into a nice racehorse!

BE PART OF DANNY WILLIAMS SUCCESS