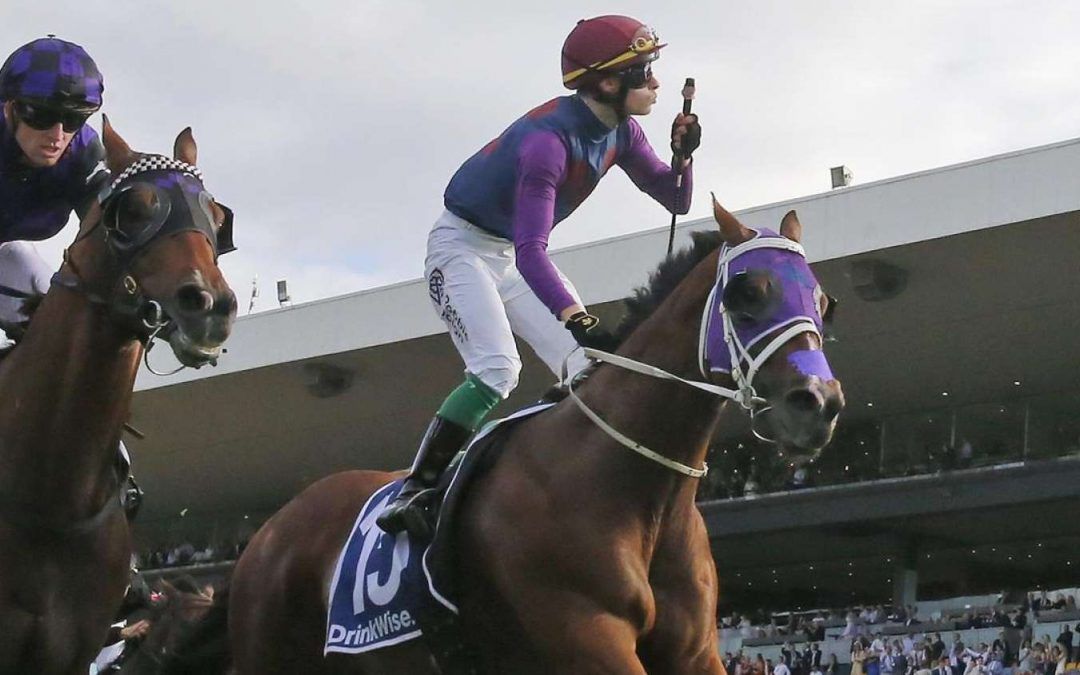 Yesterday at 6:48pm by Ray Thomas
Shelby Sixtysix, racing’s Cinderella story, is going to The Championships.

Trainer Danny Williams confirmed the decision has been made to pay the $55,000 late entry fee to secure Shelby Sixtysix a start in the Group 1 $2.5m TJ Smith Stakes (1200m) at Royal Randwick on April 2.

But in keeping with the rag-to-riches theme, Williams conceded it won’t be easy to raise the cash to meet next Tuesday’s 8am deadline.

Shelby Sixtysix was beaten in a TAB Highway a month ago but has emerged from virtual obscurity since then, winning three of his four starts including last Saturday’s Group 1 The Galaxy, earning cult-hero status with racing fans.

Williams, a part-owner of Shelby Sixtysix, admitted he has a cash flow problem as he waits for The Galaxy prizemoney to be paid out.

“The ownership group has had a discussion and we all feel Shelby’s form warrants us going ahead with a start in the TJ Smith Stakes,’’ Williams said.

“Of course, we have to come up with the money and I am not in the position financially of some of the others (owners).

“The horse has won enough money for us to pay the late entry fee but the problem is the prizemoney we have received from his earlier wins I have used to pay a heap of bills.

“We won’t get the money from The Galaxy until the swab clears. I’m still battling a bit but I’m sure as a group we will come up with the money.’’ Shelby Sixtysix was beaten by Golden Point in a TAB Highway at Rosehill on February 19 before winning a Highway the following week to begin his extraordinary rise through the sprinting ranks.

The bush flyer, nicknamed the “Party Boy” because he has turned up to race on five successive Saturdays in Sydney, then stunned the racing world when he split the nation’s two best sprinters, Eduardo and Nature Strip finishing second in the Challenge Stakes before winning the Group 3 Maurice McCarten Stakes prior to his The Galaxy triumph.

During his five-week run, Shelby Sixtysix’s official handicap rating has soared from 62 to a lofty 103.

The same sprinter that was beaten in a Class 2 on the Sapphire Coast in January is now at $18 with TAB fixed odds for the Group 1 TJ Smith Stakes behind Nature Strip at $3.

Tommy Berry regains the ride on Shelby Sixtysix next week.

He couldn’t make the weight to ride the sprinter in The Galaxy where Robbie Dolan filled in so capably for a fairytale win.

Shelby Sixtysix is thriving on racing, he has had eight starts in nine weeks, and has come through his win in The Galaxy win so well Williams believes he owes it to the horse and his fellow part-owners to run in the TJ Smith Stakes at Randwick next week.

“This is the best he has pulled up from his last five runs,’’ the Goulburn-based trainer said.

“When he won the Maurice McCarten Stakes, he really knew he had gone around. After his second to Eduardo, he laid down for a couple of days.

“But after last Saturday, he came home and licked his feed bin, he’s been bright and energetic, it’s amazing how well he has come through that race.’’

With the forecast of more rain in Sydney later this week and next, Randwick is expected to have a track in the soft-heavy range for Day 1 of The Championships – ideal conditions for Shelby Sixtysix.

“It seems the stars have been aligning since his Highway win,’’ Williams said.

“The horse is enjoying racing on these wet tracks, his confidence is up and he’s never been fitter.

“We have to give Shelby his chance in the TJ Smith or we would be sitting at home thinking ‘what if?’

“This is like a huge lottery ticket and we are keen to have a go.’’