SWEET OUT TO BACK UP FORM RESURGENCE AT RANDWICK 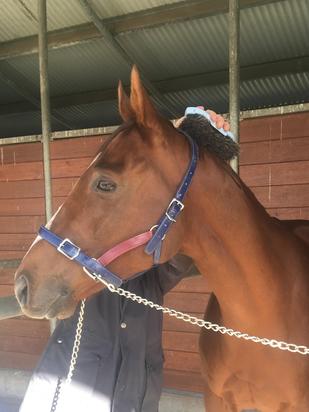 Sweet Out To Back Up Form Resurgence At Randwick

What do we make of Green Sweet?

It’s a fair question as the stakes winning six-year-old backs up at Randwick on Saturday just seven days after producing a slashing form turnaround, running an eye-catching fourth at Rosehill, as a $101 chance.

Trainer Danny Williams said he was taken by surprise and has elected to send Green Sweet around in the TAB Rewards Handicap (1600m) to confirm the changes he’s made to his training have done the trick.

“I didn’t expect him to run as well as he did,’’ Williams said.

“The bigger track and another 100m are going to be in his favour. I think he’s looking for good tracks but I don’t think he wants a rock hard track.

“I would have liked to see a race in a fortnight to three weeks but this crept up on him. There’s a black type race next week but that’s not the way I want to go, I’d like to see him win a race.’’

Six weeks after running last, beaten 15 lengths, at his second start for Williams, Green Sweet produced easily the fastest last 600m behind Sparky Lad at Rosehill last Saturday, with Punters Intel data showing he ran 34.03 (0.33 faster than the winner) and the best last 200m in 11.50.

Williams said looking back on the performance it had plenty of merit and a significant weight drop of 3.5kg, after Brock Ryan's 3kg claim, is only going to be in his favour.

“Brock said had he not drawn wide he would have been a couple of lengths closer and it might have been the difference between winning,’’ he said.

“In the straight at the 150m he was impeded slightly and it definitely cost him third.

“He had a heap of dead weight (Ryan’s riding weight is 49kg) and with the 60kg but he has 3.5kg less of dead weight which will be significant if he can back up.’’

TAB marked Green Sweet a $13 chance on Saturday on the back of that improved run.

Williams has been working overtime to coax the horse back to form, his last win was the 2017 Albury Cup, since taking over from Jean Dubois.

He’s tried gear changes – Green Sweet was “too smart’’ to put in with a bubble cheeker on at his second run for Williams – but it seems he’s reacting to spending time on the beach.

“Jean was keen to get the horse into a new environment and try something different because he believed the horse wasn’t going well mentally,’’ Williams said.

“We’ve been doing jumping with him, he’s been to the beach and he loves the environment at Moruya.

“He appears to have come through the run so I sent Jean Dubois a message saying I wasn’t sure the horse was able to back up in seven days and he wrote back from Hong Kong saying ‘why not, let’s go for it if you are happy with the horse’.’’