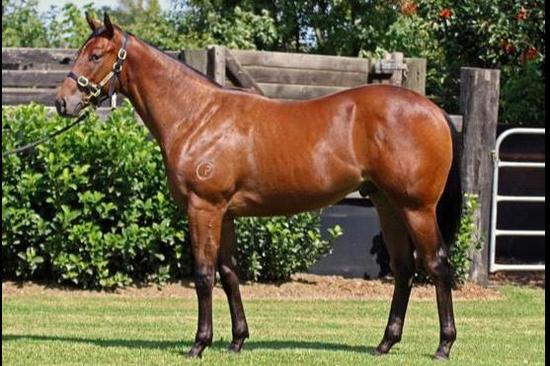 Trainer: 'The best horse I have had for a long while'

A nondescript Monday afternoon at Goulburn provided the scene for one of the most eye-catching trial wins punters are likely to have seen this winter.

And if trainer Danny Williams bold assessment is right, the lightly-raced colt at the centre of that heat could be on a path to high honours as early as this spring - but he insists he still has plenty to learn.

Hot 'N' Hazy couldn’t have been more dominant when blitzing his rivals after the last at Monday’s country meeting.

The Snitzel colt strolled further clear with every stride to score by a massive 14-1/2 lengths. (See trial below)

Plenty to like about the trial win of Hot 'N' Hazy for @GoulburnTrainer Danny Williams yesterday.

The impressive performance saw bookmakers TAB.com.au quickly install Hot 'N' Hazy as a $26 chance for this year’s $1.3 million The Kosciuszko despite the colt only having one start to his name - a win at Wagga Wagga in February.

But Williams believes his rising three-year-old could be up to it, provided his promising type puts it all together in the coming months.

"He is the best horse I have had for a long while," Williams said.

"This horse is showing ability up to those sort of horses but we are still learning about him and don't know whether he will run a strong 1200m.

"But he is well bred and I don't think it will be a problem, it's just whether 1200m is too early at this point in time."

Hot 'N' Hazy has been nominated in the 2YO Handicap (1200m) at Rosehill on Saturday and will run provide it doesn't rain on raceday morning or he draws a wide gate.

Williams knows heading to town to meet some of Sydney's elite is a different ball game despite his high praise for the colt.

"He is very raw, he does a lot wrong and he has to travel away from home," Williams said.

"You are talking about racing against some seasoned two-year-olds which have some good form and the track may be a bit testing.

"He will run provided he doesn't draw the car park and it is not raining on the day. I wouldn't like to run him on an extremely wet track first-up because he is not fully wound up."

"We needed to do something on Monday to get him fit enough because we are not sure how he is going to run 1200m on a wet track," he said.

"We just wanted to give him a good blow because we haven't been able to get enough work into him albeit we haven't missed any. He is just coping too well."