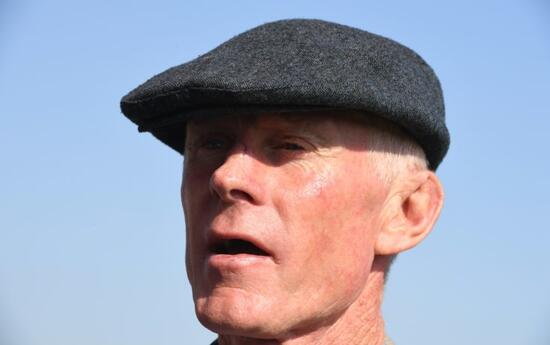 Out of the shadows comes hope and light.

That’s the message Goulburn trainer Danny Williams and connections of the ill-fated Hot’N’Hazy woke to today.

One of Australia’s most successful syndicators, James Harron, has reached out to Williams, a man he did not know personally, to say he was going to help him get another horse.

Harron, who bought and raced the superstarGr 1 Golden Slipperwinner Capitalist, was, like all of us, profoundly moved, almost to tears, when watching the tragedy of the 2YO race last Saturday. It gnawed away at him, then when he heard Williams interviewed yesterday by Andrew Bensley on radio, he knew, being a horse lover, what he had to do.

“After hearing that heart-breaking interview, Danny, who I haven’t met, was all class.

“So, who will join me in finding/investing in a horse at the upcoming breeze up sales to be trained by Danny? No commission from JHB and I’m happy to be a minimum 10% in the ownership.”

There’s the hope, the light at the end of the tunnel.

The gesture wont bring back Hot’N’Hazy, a horse Williams himself said potentially was the best horse he’d ever put a bridle on. But from the ruins often rises a champion.

Shortly after Harron made the announcement that he would buy a horse for Williams to train, he was joined by others wanting in on the beautiful ride.

“Count me in, I started my radio career 30 years ago in Goulburn. We can also do a story with Danny for the new series of Racing Dreams first episode Saturday week,” he said.

“James, Tricolours Racing would be happy to chip in and buy a small share, cover all costs for that share, and we would then donate any prizemoney the horse wins to Chynna Marston’s Recycled Racehorses program too.”

Tricolours, in effect, being a syndicator is a rival of Harrons, adding more merit to the gesture.

And the benevolence shown by those who walk this thoroughbred racehorse journey together, just continued overnight.

Inglis management told Harron that if he purchases the horse from their upcoming Ready2Race sale, they would waive the commission.

Johnny Scorse of Sky Racing, who owns a horse with Williams already, said that being involved with a Williams-trained horse is magical.

“It’s a great experience owning a horse trained by Danny.

“He provides regular updates and videos. The care they give the horses is phenomenal, they are spoilt rotten!

“From the second we bought a small share we have enjoyed every moment.”

Racing is like that. The people, the true equine lovers, rally.

I lost a broodmare on the operating table one day. She was in foal to Red Ransom and was uninsured. She had a foal by her side too and the pain I felt, the tears I cried during the drive home from the Newcastle vets to Cronulla that day will NEVER leave me.

Losing a thoroughbred hurts like hell, so I connect, and thousands of other people in our sport do too, with Williams and the pain he felt on Saturday.

Recovery all round has begun and it’s a beautiful thing.