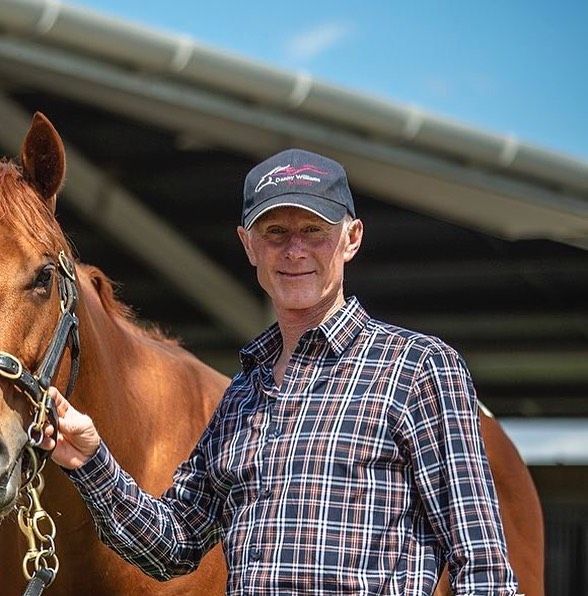 They could run another 100 Golden Slipper days and not find another story like it.

Shelby Sixtysix, an old gelding bought for $150,000, trained out of freezing Goulburn, not good enough to win at the Sapphire Coast in January, racing for the eighth time in the last nine weeks and winning a group 1 race on a day put on to make $40 million colts and giving his trainer, Danny Williams, a first victory at the elite level.

What can you say?

Horse racing, as much as we want it to be, is never predictable.

But the story of Shelby Sixtysix is something that just can’t be explained. He wasn’t even considered good enough to qualify to run in a heat of the Country Championships last month, a concept where bush horses compete in regions and then come together for a rich final at Royal Randwick.

Williams took him to town, ran in a four-horse race where he somehow beat the world’s best sprinter Nature Strip and almost nabbed Eduardo, and then thanked the racing gods as the rain kept tumbling.

“Keep him happy,” Williams says. “It’s a bit like the wife, keep them happy and let them do what she wants and that’s the success. The horse was beaten in a Highway a few runs ago and to win a group 1 race . . . see how he hit the line.

“I’ve been on such a high since the Challenge Stakes.”

Earlier this week, Williams told the Herald of the dark place he’d spiralled into when his promising two-year-old Hot ‘N’ Hazy was killed in a race fall almost two years ago. His business was in debt after a yearling buying spree, one of them being Shelby Sixtysix, and he thought he had found the horse to help him out of it.

During the interview, Williams spoke of how hard he’s found it to train in Goulburn during winter for almost two decades.

There’s one morning Williams can’t forget. He walked around picking up horse manure with his hands because there was no power or water, the pipes frozen. Williams knew he just had to drive up the Hume Highway for the races at Canterbury. He left without a shower, his shirt unironed.

Williams used to be an astute punter known just as much for his stable plunges as outstanding horsemanship. These days he doesn’t bet and wasn’t the source of the support that sent Shelby Sixtysix off $7 second favourite in The Galaxy after a scratching afforded him a run.

Did he have a bet for old time’s sake on Saturday?

Shelby right, mate: How cult horse got Danny Williams back on track

“No, I didn’t,” Williams laughed. “I just thought I’d enjoy the horse and the day and let him do what he does. Honestly, I reckon that’s the best I’ve had him. I thought he looked better than what he did last week.

“We’ve had some nice horses, but I never ever thought I’d get another crack in a group 1 race. To win one is incredible.”

“That is hard to cop, I must say,” he said. “I was so confident going into today. Landed in a fantastic position. Thought I’d done enough to fight off In The Congo and then . . . damn it.”

Damn it, indeed. They won’t find another story like this for a while.

Sports news, results and expert commentary. Sign up for our Sport newsletter.