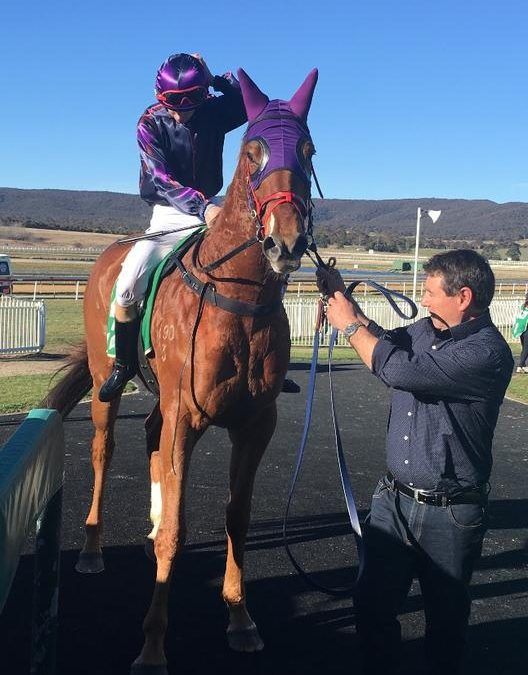 This week we speak to Goulburn trainer Danny Williams about Don’t Give A Damn’s Kosciuszko prospects and also recap the highlights from the past seven days in country NSW racing.

THE KOSCIUSZKO CONTENDER: DON’T GIVE A DAMN

Trainer says: “He had a jump out on Monday at Goulburn. It was a five horse trial and he won by about 10 lengths. It was quite emphatic. He will have another jump out next Tuesday and on this stage we will really be banking on running him on a track with a bit of give in the ground so our start-off point will be guarded. At this stage he will resume on the 25th of August at Rosehill over 1200m. The Kosciuszko is not our priority, it is certainly worthwhile thinking about but his first few runs will determine which direction he is going. If he was to come up and perform very well we would be aiming at The Epsom. If he didn’t run as well as we expect, then we would aim at trying to get him into The Kosciuszko. He should be better this time around. He underperformed because he was feeling his feet, especially in the qualifier at Goulburn, we didn’t realise before the race but then he pulled up average. He was really struggling to even be there for the Muswellbrook Wildcard he won. In the Country Championships Final he wasn’t himself either and I thought the run was very brave under the circumstances to run second because he did pull up very average. So far has he come back and he hasn’t had a hiccup. If he gets the right surfaces this preparation, I think he is going to show what ability he has got. We feel confident we are on top of his issues and he will come back bigger and better.”