DANNY WILLIAMS GETS HIS PROMISED HORSE 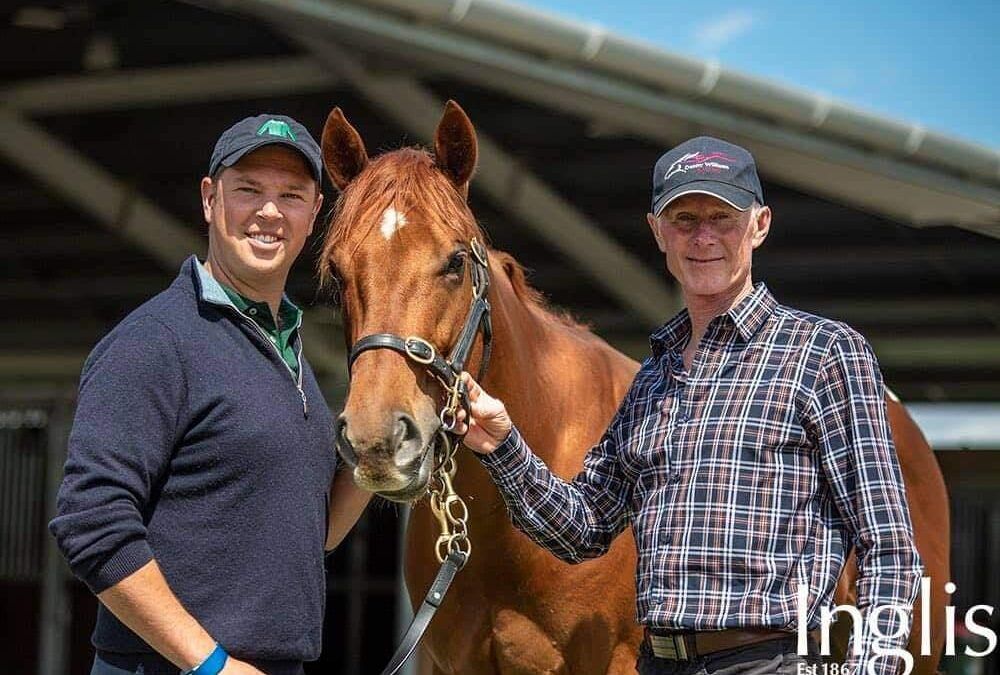 Danny Williams gets his promised horse James Harron and Danny Williams with their new horse

The continuance of the Danny Williams roller-coaster 2YO ride took a mighty leap forward today when he landed a new horse courtesy of bloodstock expert, James Harron.

And there were almost as many tears of joy today throughout the racing industry as there were tears of anguish a month or so back when Williams lost his potential star HOT ‘N’ HAZY to a terrible race day incident.

Williams was crushed on the day. He openly wept and lamented how talented the 2YO was.

Harron didn’t know him at the time, but was moved, as we all were by the genuine tears and grief the Williams camp displayed, so vowed to buy him a horse.

And today is the day it all happened.

At the Inglis Riverside Complex at Warwick Farm, Harron paid $85,000 for a handsome son of Nicconi (sire of Nature Strip) and immediately handed the horse to Williams.

“The powerful chestnut is from stakes-placed mare Lil Red Corvette and was bought at a bargain price having made the same money when offered as a yearling at Inglis Classic.

“I think everyone will look forward to following his career,” said Harron, who, as we know bought the Gr 1 Golden Slipper winner Capitalist as a yearling.

This Nicconi colt was beautifully prepared for the sale by Blake Ryan, son of leading trainer Gerald Ryan.

This could be the greatest fairy tale story of the year, a year we know hasn’t been good for anyone, well perhaps Bon Ho, but that’s another story altogether!