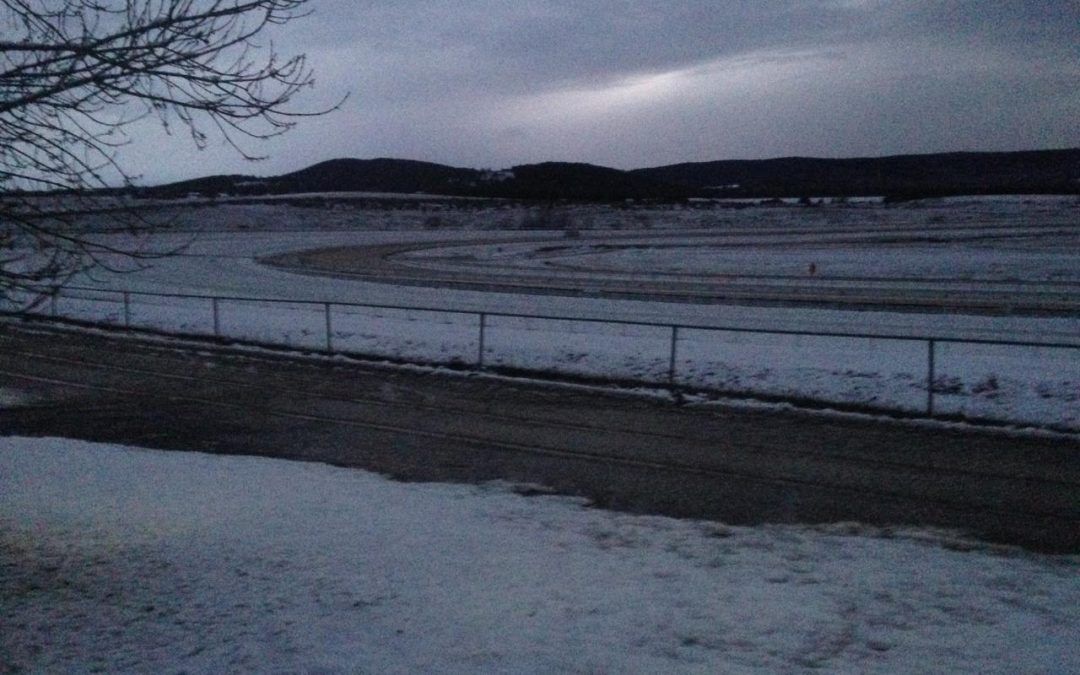 Queensland trainer Darren Bell says he wouldn’t blame a trainer for not reporting a strangles case.

But he wouldn’t want anyone to go through what he has – his training business and his soul nearly crushed for trying to do the right thing.

Bell has lost more than $100,000 and battled depression since his Deagon stable was shut down for more than a month and his horses off the track for much longer after he reported cases of strangles in December.

The very name strangles evokes thoughts of a slow, painful and agonising death.

The upper respiratory tract infection has no long-term effects on horses but Bell has found it can just about kill off a training business.

Bell did the right thing in reporting the strangles outbreak, and stewards praised his handling of the situation, yet he feels he has been left high and dry by racing authorities.

He has not been paid compensation and found racing’s protocols in dealing with strangles were wishy-washy.

Racenet has heard anecdotal evidence of trainers who suspect a horse has strangles but they quarantine it themselves.

They don’t want to get it diagnosed by a vet as they don’t want their stables closed down for months, potentially sending them to the wall and ruining their business.

After doing everything by the book and now with a cash-flow crisis and feeling abandoned by authorities, he can understand why some trainers wouldn’t report strangles.

“With what has happened to me and my business, I couldn’t encourage anyone else to take the action I did,” Bell said.

“I have personally been told that some trainers have started handling it themselves.

“I am not a reckless man and I don’t want to create a situation where anyone gets reckless.

“But a lot of stables are probably quite capable of dealing with it themselves.

“No stable is going to want to allow it to spread to any other horses.

“One thing I know for sure is that I wouldn’t want anyone to face the same sort of problems I have.”

Strangles hit the headlines again recently with the yet-to-be-resolved case of racing empire Godolphin and a horse named Polemic.

Former Godolphin trainer John O’Shea will be back in front of Racing NSW stewards next month after an inquiry heard revelations about an unreported case of strangles in Australia’s biggest private stable last year.

Victorian trainer Matt Cumani, the son of Newmarket trainer Luca Cumani, is currently out of action after being fined $20,000 and having his licence suspended until next month.

Cumani pleaded guilty to two charges, one of them for not notifying authorities that he had horses who were infected with strangles.

Australian Trainers’ Association chief executive Andrew Nicholl says there must be a national approach in dealing with strangles rather than different protocols in different states.

“Most trainers are men of straw – they don’t have a rainy day account, or if they do it has minimal funds,” Nicholl said.

“Shutting down a stable for 40 days can financially cripple those trainers because their cost base continues while their stable is out of action.

“A lot of trainers are operating hand to mouth and the industry needs to formulate a financial response to help them out in the case of something like strangles.

“We need to have a distress fund. One idea is that there is an increased licensing fee, of say an extra $50, where the fees go to the Principal Racing Authorities and they either hold onto it themselves or feed it into a pot of gold at Racing Australia.”

Bell is slowly starting to get back on his feet, posting his 12thwinner since April when Sagamama won on the Sunshine Coast last Saturday.

But he is still well out of pocket and questioning why racing authorities did not do more to help him out.

“As soon as I knew I had a possible case, I did everything by the book and followed exactly what I was told to do,” Bell said.

“But I soon found out all the authorities were about was protecting everybody else – there was nothing at all in place to help to minimise the impact on me or my business.

“I will need to win a hell of a lot of those races to even get square from what I have lost.”

Racing Queensland was contacted for comment and said the key responsibility and framework for strangles matters were a matter for the Queensland Racing Integrity Commission.

QRIC commissioner Ross Barnett has previously said the organisation was appreciative of Bell’s efforts to protect the wider horse population and money had been made available to the trainer to offset costs associated with the testing of horses.