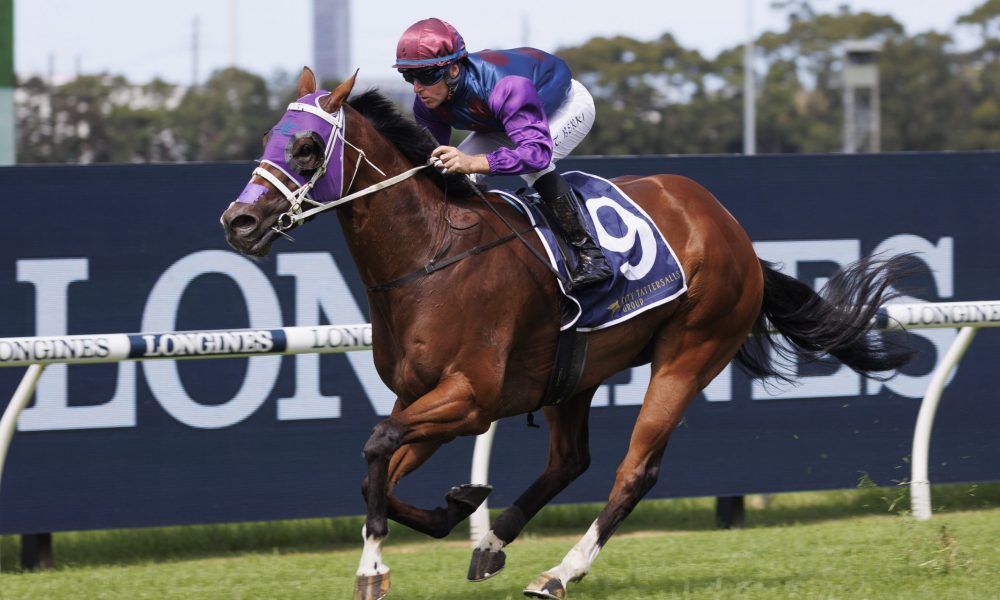 When trainer Danny Williams lost his talented horse Hot ‘N’ Hazy (Snitzel) in a race fall at Rosehill in July 2020, he hit one of the lowest points of his life.

In fact, he was so devastated by the tragic incident, he thought seriously about closing down his stable and walking away from the training game altogether.

“It’s been a very tough road and when we lost that horse we were going through periods where we felt like giving it away,” said Williams.

The death of Hot ‘N’ Hazy not only had a deeply personal impact on Williams, but it also took a heavy financial toll on him.

“That hit us hard because we had put ourselves out there for a number of horses that year. The only thing that kept us hanging on was that we were still owing money paying these horses off and we couldn’t give it away because we still had to pay for them,” Williams added.

Ironically, one of those horses he had to find the money to pay for during that dark period was Shelby Sixtysix (Toronado).

Two years on, and the son of Toronado (High Chaparral) has made life very different for the likeable Goulburn horseman, who happens to own a 45 per cent stake in the gelding he struggled to sell down shares in.

The imposing-looking five-year-old, which Williams bought for $150,000 at the 2018 Inglis Classic Yearling Sale, has hit a purple patch of form, winning three of his past four starts and amassing more than $200,000 in prize-money.

And, while the gelding’s strike-rate this season is impressive, it’s the sharp step up in grade that Shelby Sixtysix has made – from a Highway win at Randwick, to finishing runner-up in the Challenge Stakes (1000m) where he split Nature Strip (Nicconi) and Eduardo (Host), and on Saturday a win in the Maurice McCarten Stakes (Gr 3, 1100m) – that’s earned him a cult following around Australia.

“It’s a rollercoaster. It was a necessity to survive and get out of the game and not owe any money. It’s amazing how luck can come back to you. It’s incredible,” Williams said.

Many have dubbed Shelby Sixtysix the story of the autumn carnival so far and Williams can’t quite believe all the hype around him.

“I think it’s been a great story for racing. We just can’t believe the support, it’s amazing. Apart from us being overwhelmed by the horse, I’m overwhelmed by how many people have been following our transition in the last seven days,” he continued.

“I went to Canberra races on Sunday and every three steps I was embracing and cuddling someone. They were so excited for me, people like fellow trainers and the public. It’s just been incredible.”

There’s deserved cause for all the celebration in recent weeks, as rarely does a horse rise so rapidly through the grades.

“I have had some nice horses before but it’s the transition he’s made in the last 14 days that has overwhelmed me. It got too much for me on Saturday and I got emotional,” Williams said.

“You don’t see it very often, a horse transition from the country to winning Group races. It’s turned our world around.

“From his win at Randwick, he just grew in confidence. He ran the fastest last 600 metres of the day of any other runner and since that day, each week since he’s run the same again.”

The son of a jockey, Williams, 55, is a humble, quietly spoken, and thoughtful type of horseman. He’s been training since he leased his first racehorse from a school friend when he was just 16 years old.

A successful amateur rider for many years, in 1998 he received the call up to train for former Australian rugby union player Alan Cardy at his lavish private property at Goulburn. That partnership lasted 15 and a half years and helped establish Williams as one of NSW’s top trainers.

In a twist of fate, Williams attributes a chance meeting he had with Cardy, just before he died aged 76 last December, as having played a major part in the success story today of Shelby Sixtysix.

“A couple of weeks before he passed away, I happened to bump into him when we had dinner at the local pub and he said: ‘Do you want to come out and have a look at what I have done?’.

“I’m glad I did, as he said to me that nobody has been using the pool. It was freakish we got to see him and a conversation came up about the pool. I started using it and I believe that has been a huge benefit and turned the horse around gradually.”

He credits regaining access to Cardy’s private training facility ‘Lynton’ at Goulburn, a property he knows so well, as being pivotal in not only turning around the form of Shelby Sixtysix, but the entire team of 21 horses he has in work.

“Since we have been going out to his place the energy is very good and the horse has been going fantastic. It’s turned a lot of them around and our stable is going particularly well,” Williams said.

“I contribute that to the swimming and when things go right you have more confidence and your outlook is more positive and that reflects and your feelings transfer to your horses and staff. Everything flows. One good horse makes the rest of the team lift and the energy it gives to everything else around them, including the staff and the way you think. Things start to run a bit better and things fall into place.”

Now his own confidence is up, along with that of Shelby Sixtysix, Williams is dreaming of Group 1 glory with the five-year-old as he plans the seven-day back up into Saturday’s The Galaxy (Gr 1, 1100m) at Rosehill.

Based on the huge public reaction to the horse’s performances week-in, week-out of late, should he pull off a sensational victory, the racing world should be prepared for another social media meltdown.

“It’s the smaller horse that’s come from obscurity and that people say it’s got no hope. It’s the surprise and shock and joy of having something fresh come through and everyone can relate to that path of wanting to see something new come through. It’s a fairytale. That, at the moment, is certainly the story of the carnival and it’s a good one,” Williams said.