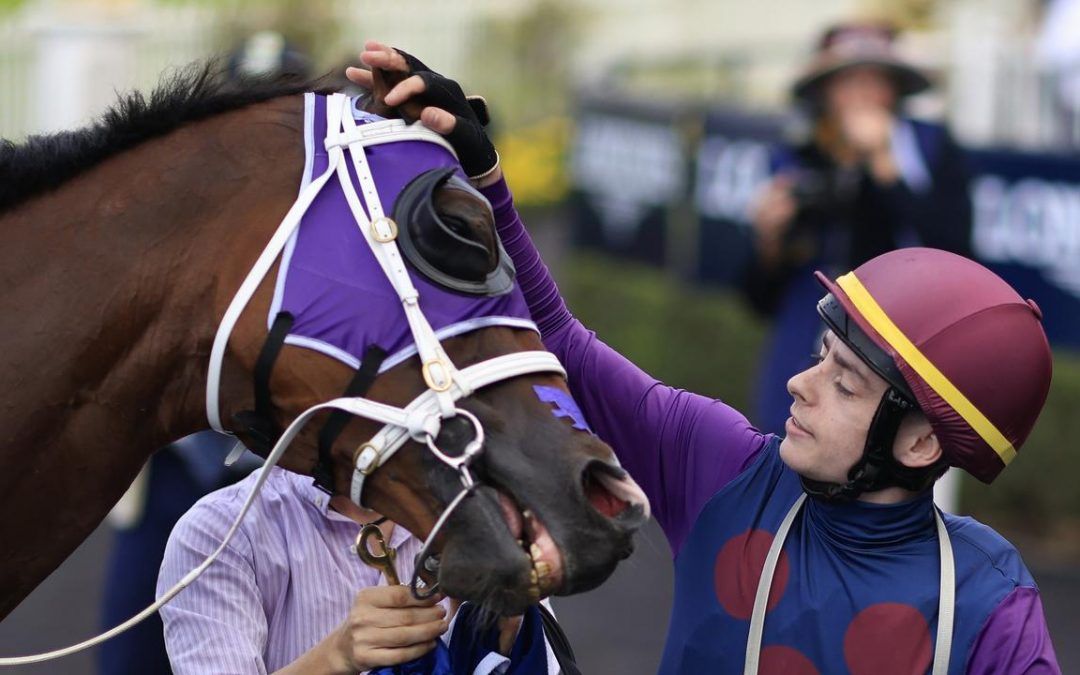 Saturday at 7:03pm by Matt Jones
Last month trainer Danny Williams was down and out and didn’t know where his future lied in the sport but the most unlikely horse has taken him from the bottom to the top of the mountain in a matter of weeks.

Had you told anyone who knew anything about racing a month ago that Shelby Sixtysix would be a Group 1 winner they would’ve laughed themselves into a fit.

But the five-year-old has taken Williams and race fans on the most remarkable ride of late, culminating in Saturday’s Group 1 The Galaxy (1100m) triumph at Rosehill.

“To be struggling six weeks ago and thinking my career was halfway over and to come along like we have and now get a Group 1 win, it’s unbelievable,” Williams said.

On that day six weeks ago Shelby Sixtysix ran fifth as an $11 chance in a Class 3 Highway race.

He ran second in one at his next start then he started shocking the racing public when running second to Eduardo and beating home Nature Strip in the Group 2 Challenge Stakes at Randwick.

A last start win in the Group 3 Maurice McCarten Stakes as a $6.50 chance proved his new-found form was no fluke.

But to go on and win a Group 1 on Saturday was a whole different level and the Goulburn trainer was understandably emotional after the career-high win.

“I can’t believe it, the Highways are strong aren’t they?” Williams said.

“I have been on such a high since the Challenge Stakes and the horse has just gone right to the sky.

“It’s been a dream of mine since I was a boy. I’ve been in the industry since I was 12 years old and I never thought I’d get to this level, it’s amazing. Shelby Sixtysix is now rated a $26 chance for the $15 million Everest in October, but to get into that conversation he’ll have to keep winning.

“I’ve just got to keep him happy. It’s a bit like the wife, just keep her happy and let her do what she wants.”

It was the second Group 1 winner for jockey Robbie Dolan who had Shelby Sixtysix in a top spot in the run, one off the rail and midfield.

Once he popped him out in the straight he let down best to surge past Big Parade and In the Congo to win by a long head.

“Shelby Sixtysix, get him in The Everest. He’s a superstar. Danny Williams, what a training performance that was,” Dolan said.

“Racing is swings and roundabouts, you just have to take it on the chin and you know I picked myself off the ground.

“A lot of people were abusing me the other day after that horse (Profondo) but stuff happens and you just have to go on with it. I‘m just very grateful to get on this horse today.”