SHELBY’S INCREDIBLE JOURNEY TO THE TOP 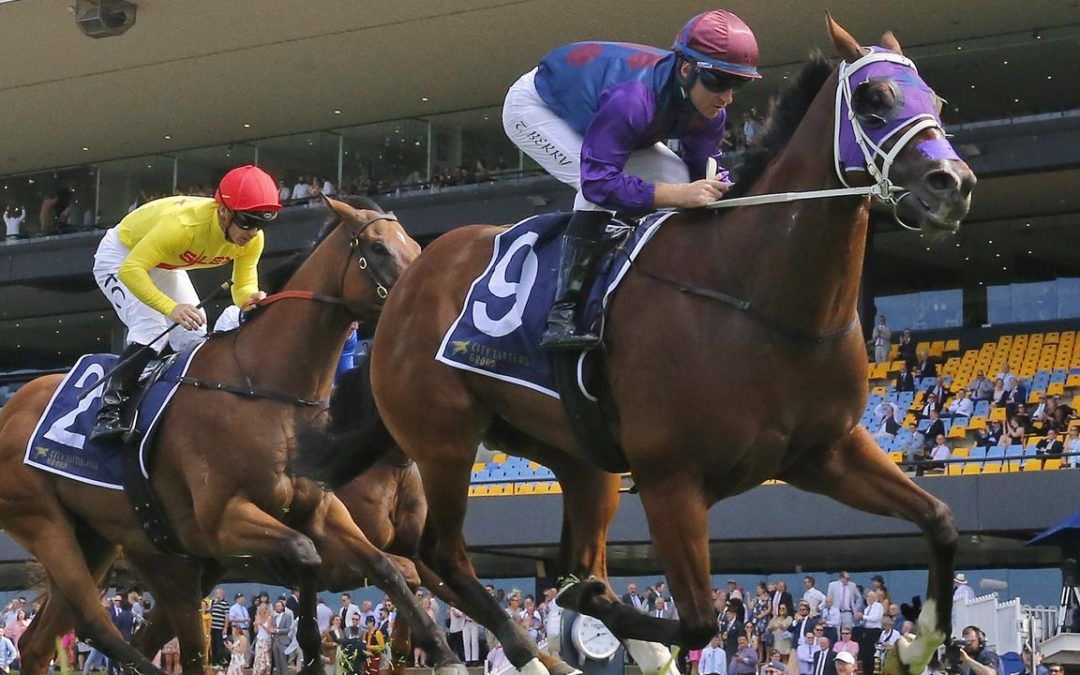 Shelby’s incredible journey to the top 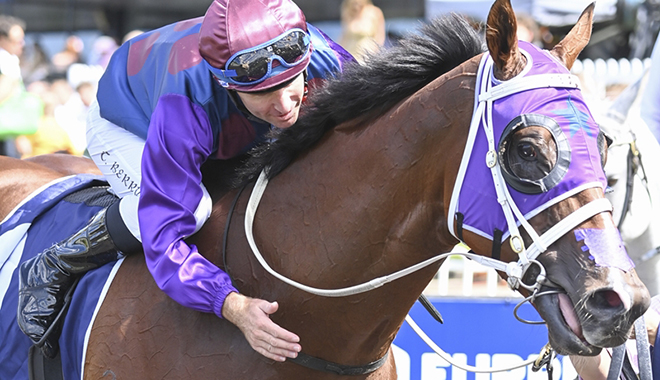 Tommy Berry gives Shelby Sixtysix a pat after his win. Picture: Bradley Photos
Trainer Danny Williams has long had this weekend circled on the calendar for his horse Shelby Sixtysix, albeit it was originally for Sunday’s Country Championship’s Wildcard at Scone and not the Group 1 Galaxy at Rosehill.

“We had set the horse for The Wildcard at Scone and for one reason or another he kept having bad luck and just didn’t have the ratings to get in the local heat,” Williams explained.

“When he won the Highway at Randwick (Feb 22), we thought, that’s great because that’ll get him in, so we looked at a way to keep him ticking over.”

Intricate injury issues that have long plagued the now five-year-old gelding mean traditional trackwork is less than ideal so, for Shelby Sixtysix, the best way to ‘tick over’ is to race.

“When we space his runs to a fortnight, he puts too much weight on, so we looked at running the horse in the G2 Challenge Stakes,” Williams said.

The lack of numbers, potentially scared off by boom duo Nature Strip and Eduardo, meant a start and guaranteed prizemoney for the lowly rated horse out of Goulburn.

When he went by Nature Strip in the final furlong and almost ran down Eduardo at the line, the racing world and Williams watched in shock and the Country Championship Wildcard was suddenly off the agenda.

“We had no expectations and no illusions, we were just happy to be running in the Challenge Stakes against idols like Nature Strip and Eduardo.”

The turnaround in form is stark but potentially not hard to pinpoint, after all, those who know him best say the horse has always had talent.

He undoubtedly loves give in the ground on a body which has had its issues, but Williams says he’s not simply a ‘wet-tracker’. He is, however, a swimmer.

Williams was given use of a pool at the former farm of his old boss, Alan Cardy, who tragically passed away before Christmas.

It has meant additional training at no toll on his body and, with that, the horse has thrived.

“We were doing most of his work on the treadmill and because we weren’t working the horse very regularly on the track, he was always going to the races too fat.”

“Since Christmas, we’ve had the use of the swimming pool and we have been able to get a bit more work under the his belt and, I think that and the soft tracks, have helped get him really fit for the first time and he’s able to show his true talent.”

Shelby SixtySix is first emergency for the Group 1 Galaxy, a fate which left Williams undeniably disappointed but hopeful, through no misfortune of another horse, his boy can gain a start and potentially continue the fairytale.

“It’s not the end of the world, there’s options going forward but it would be nice to run this week as the horse deserves to be there.”