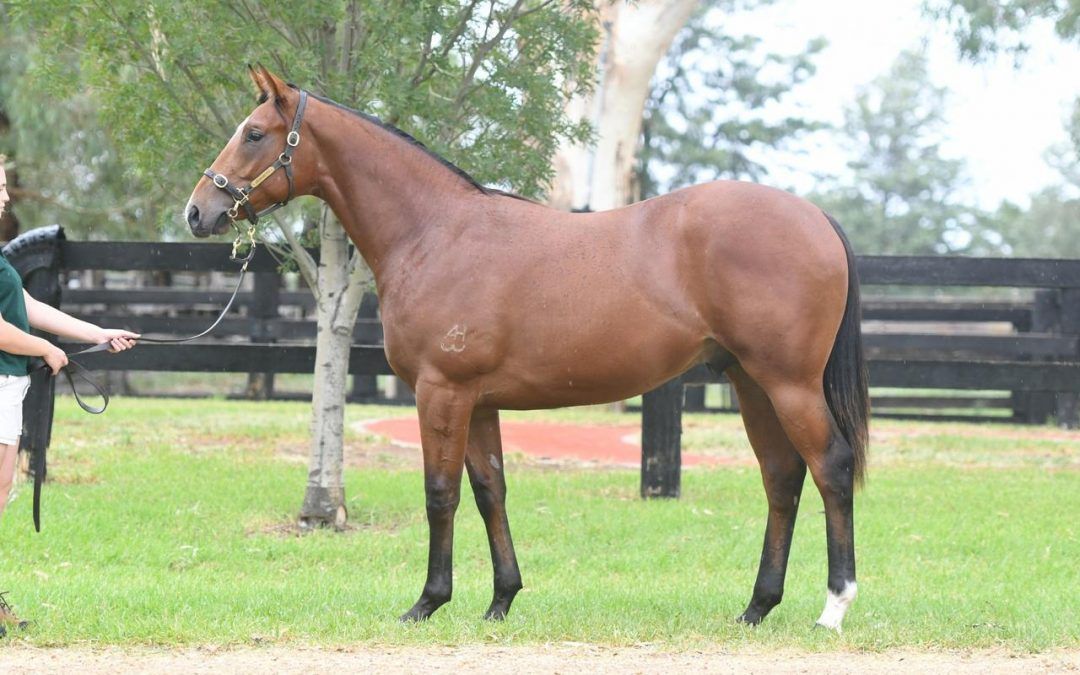 We have a full brother to Southern Legend on offer for Shares which are still available.

The Champions Mile is Hong Kong’s leading mile feature in the spring, having been established in 2001 as a late-season contest for Hong Kong’s dominant mile division.

It is a race that has traditionally been dominated by the home team, most recently won by Contentment in 2017. There are only two overseas winners since the doors were thrown open to international visitors in 2005. South African superstar Variety Club blitzed his rivals to create history in 2014, while he was joined by Japanese champion Maurice in 2016. The Champions Mile was ranked equal 65th in the World’s Top G1 Races in 2017. Its prize money is increased to HK$18 million in 2018.

Southern Legend will look to step out of the Group 1 shadows in Sunday’s (29 April) HK$18 million Champions Mile at Sha Tin.

The five-year-old, who won four times and was Group 2 placed pre-export in Australia, has shown improved form since his Hong Kong debut for Caspar Fownes in May, 2017 and will attempt to make his third Group 1 start a winning one.

Southern Legend has proved to be an admirable campaigner in Hong Kong, winning four races, two at Happy Valley over 1200m and two at Sha Tin, one over 1400m and one at 1600m.

However, he has only started favourite on two occasions, despite having improved from a rating of 87 to 123. Three of his four wins have come at odds greater than 16/1 and the gelding continues to fly a shade under the radar despite his progressive profile.

After a disappointing barrier trial at the track on Friday, Fownes revealed that Southern Legend had pleased him in a turf gallop with stablemate and 2016 G3 Celebration Cup winner Joyful Trinity this morning (Tuesday, 24 April).

“He was coming off a sub-standard trial last Friday,” Fownes said. “But he seems to have bounced back so we’re just going to make sure everything’s okay, but on face value I’m very happy. He worked really well.”

Usually a hold-up horse, Southern Legend was successful on his most recent start in the Class 1 Rapper Dragon Handicap (1600m) on 18 March, but Chad Schofield – who was riding the horse for the first time – employed foreign tactics, making all at a slow pace to fend off Pingwu Spark by a short-head.

Pingwu Spark and Beauty Generation could go forward in Sunday’s race, but with his last run, Southern Legend proved himself to be a multi-dimensional performer.

Explaining that uncharacteristic move, Fownes said: “Last time we knew there was only one horse that could lead in the race, we were quite happy to sit behind him but he didn’t take it up, so option two came in so we went out and led.”

On whether or not a similar plan would be executed on Sunday, he said: “It wouldn’t matter. I hope he draws a good gate, we can go just in behind the speed, he’s an easy horse, he’s versatile. If there’s no speed he can go forward and make his own luck.”

The straightforward son of Not A Single Doubt showed a glimpse of potential brilliance when held up in last after breaking from stall seven on his first Group 1 start in the Stewards’ Cup in January. He came widest of all to finish fourth to Seasons Bloom, impressing with a remarkable closing effort that produced a race-fastest sectional.

Fownes alluded to that performance when discussing his horse’s chances in the Champions Mile: “Earlier in the mid-season he ran only a length off them, closing with a really good sectional, so if he can bring something like that he’s going to be very competitive.”

Hoping that will be the case on Sunday will be decorated and much-travelled first-time rider Kerrin McEvoy, who won the International Jockeys’ Championship at Happy Valley in 2013, but hasn’t ridden at Sha Tin since February, 2004.

Coincidentally, the jockey’s most recent big win came aboard Moss Trip in the Group 3 Hong Kong Jockey Club J H B Carr Stakes at Randwick last Saturday (21 April). The experienced rider will be hoping that win was an omen ahead of Southern Legend’s Champions Mile bid.