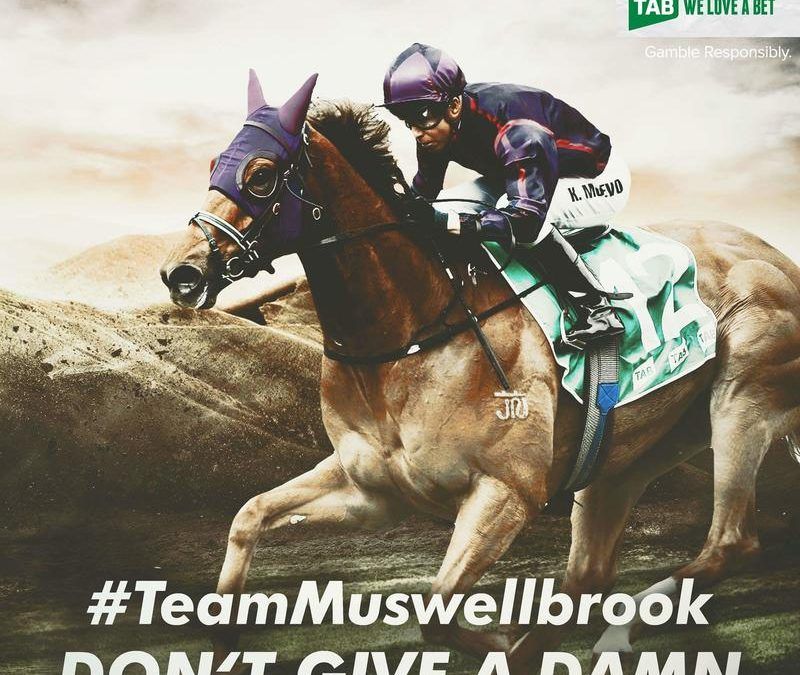 The past five weeks have been a rollercoaster of emotions for Goulburn trainer Danny Williams. He endured the pressure of having nine runners including the odds-on favourite, Don’t Give A Damn, in the South Eastern Region Country Championships heat, followed by the disappointment of the talented gelding failing to qualify for the final. At the same time Williams was filled with joy when Kopi Luwak, the horse who almost killed him in a track work accident, won the race and stablemates Pumpkin Pie and Acquittal finished second and third.

Kopi Luwak surged up the odds to be second favourite for the $500,000 Newhaven Park Country Championships Final but on Thursday Williams was dealt a devastating blow. Kopi Luwak was found to have bruising and an abscess on his front feet and had to be withdrawn from race.

“The last couple of days including today have been a bit of blur and I’ve been so down,” Williams said. “With Kopi Luwak coming out and the problems with this horse (Don’t Give A Damn) leading into the race I didn’t have the right mindset of excitement. It was more apprehension.”

Don’t Give A Damn was sent out $1.85 favourite for the Country Championships Wild Card at Muswellbrook. With top Sydney jockey Kerrin McEvoy having made the trip especially to ride Don’t Give A Damn, punters were confident he would redeem himself. Unlike his run at Goulburn where he got worked up, he was calm in the gates. So calm he was a touch slow to jump but managed to make up ground quickly. Don’t Give A Damn sails across the line. Photo: Katrina Partridge.

“When he got the lead I knew it was all over,” Williams said. “Kerrin knows the horse so well and they just gel. I knew he would have something up his sleeve.”

Don’t Give A Damn led most of the way and saluted by two lengths booking his ticket to Royal Randwick and providing a much-needed boost for Williams and his team. My Tagoson (Robert Thompson) grabbed the last spot for Rod Northam Racing. Vega De Lago, Ori On Fire and Remittance were right behind and unlucky to miss out.

“It was actually more impressive than it looked because Kerrin had to use him up early to get to the lead which is not usually the case,” Williams said. “Generally he is a fast barrier jumping horse and today he was midfield so he had to do a bit of work to get there. That would have tolled on his finish and to still win as comprehensively as he did was quite an effort.”

Kerrin McEvoy has won The Everest, The Melbourne Cup and multiple Group 1 races in the past 18 months but still got a kick out of his first race at Muswellbrook today.

“The track played really well and having grown up in the bush and started my career in bush racing it is great to get out and be part of the Country Championships,” he said.

As the punters cheered Don’t Give A Damn home, most were unaware he came achingly close to not racing today.

“It’s a culmination of something that’s been brewing since his run in the Goulburn qualifier,” Williams said. “The track was very firm. We’ve had no rain and he has developed some corns on his feet which have been causing a problem.

“We haven’t had the best luck on our side but fortunately we had a farrier tend to his feet over the past 48 hours. He obviously did an amazing job and the horse performed well.”

Williams is excited about the Country Championships Final on Saturday but is conscious the quick turnaround is a big ask.

“That’s the only thing about the Wild Card, it doesn’t give us a lot of time to rebound,” Williams said. “It’s been a hot day today and that’s going to be a factor in how well he comes through it. I’m going to take him home to Goulburn tomorrow morning when it’s cooler. We will do nothing with him but try and get some electrolytes back into him and hopefully we’ll float into Randwick with no work.”